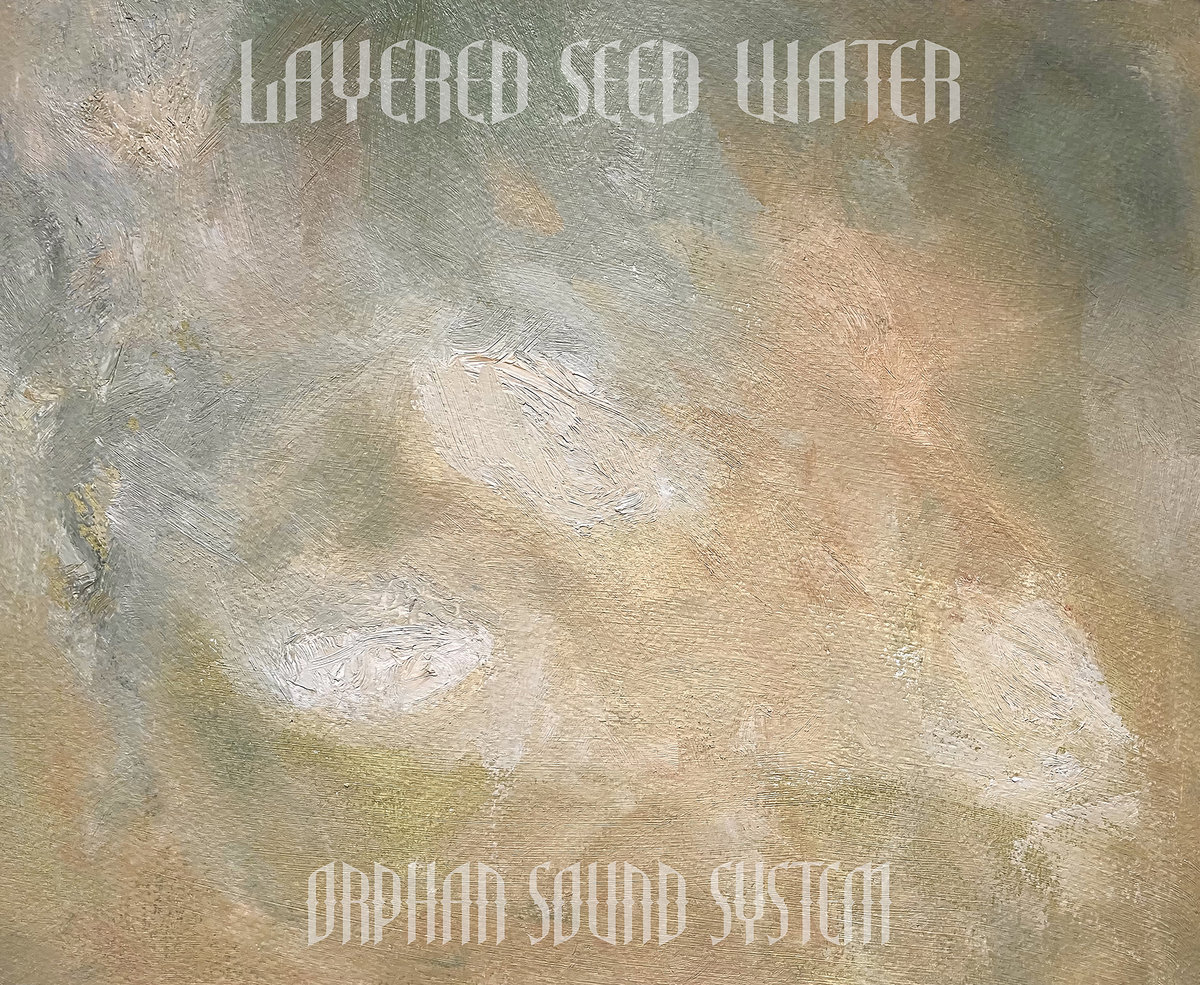 "The experience you are about to have may be a simulation. Things might have been otherwise than they had been. The recording you are about to play brings about a challenge. For the ears. For the mind. For the concept of consciousness. Can we reach forward into time by listening to an echo? How can we not? These recordings were made, one after another in 1997 in Williamsburg, Brooklyn, NY -- they seem to be alive, even now.

Being audiophiles, we were always seeking new means of sound creation and the best ways to capture our explorations within our starving artist’s budget. Recording technology we had access to at the time was oft’ make shift and highly improvisational as well but these were high times for OSS and we used the Roland VS-880, 2 Gb hard drive 8 track recorder. Prior to that, the cassette evidence shows that we paid no attention to “turning down” to record. We overran boom boxes and whatever cheap ass mics we had and have dozens of purely distorted tapes. It wasn’t so much about trying to record for posterity or to make a record as much as it was to check ourselves to see if what we were doing was real. That the music stood on its own or, that what we played still sounded good, after the euphoria dissipated. We also were into bootlegs and tape-shares anyway and because we listened to archival recordings all the time, noise and distortion didn’t bother us, we felt that could figure out what was happening in the base-reality of our experience.

We had so much faith: we could have been the top Christian Noise Band....the only Christian noise band. Sometimes we used broken headphones to make-shift contact mics. These mics were fashioned to make drones through controlled feedback. Contact mics duct taped on to any object that could be struck, scraped, dragged, bowed, yelled at or manipulated in any way contributed to our arsenal of audio audacity. Among our scattered and hacked means were such things, recycling karmic parameters of the post-industrial world of mangle and detritus.

No one really remembers the dates of the session but the audio seems to suggest an agreed upon meeting and a recording with the best set up we had, going to the limits, in the sweat-box storage space on Powers Street. It must have been in the Spring or the Summer of 1997. The room was small enough that it might fit into the minds of 3 people focused on what they needed to do. The step we had to take was from feeling not that things were cluttered and in the way but ready to hand and available, nothing needed to feel excluded. We worked in the round at times, shifting roles and instruments. I think we all bore in mind Sun Ra's dictum that just as every member of the Marines was able to shoot a rifle everybody in Orphan Sound System was a percussionist.

We used traditional instruments, modified them and invented instruments, gave them names they gave us to give them, which we have spoken about in the notes to our first release "Meet the System."

"Layered Seed Water" has been recorded Live in Williamsburg Brooklyn in 1997 and has been considered a lost document of the 90s experimental music scene.

A video introduction to the faces and places behind the Orphan Sound System and the announcement of "Layered Seed Water" in 2021: www.youtube.com/watch?v=EDXF3TOOYMU

"My (Western) Easter listening happens to be an avant-garde recording put together in the mid-nineties in Italy and just now being released. Imagine works being recorded nearly a quarter-century ago still sounding fresh and relevant. This is the sound of Orphan Sound System. The project features the talents of Jeff Gburek, John El Manahi and John Palumbo. I find it difficult to compare it to an artist of that particular time period, though perhaps I can hear a corollary with groups like AMM, the scores of incredibly talented cassette culture artists who worked with lo-fi conditions to make incredible art, or radical composers like Richard Teitelbaum (eternal be his memory).

This is improv music that never allows itself to become stale. The pieces feel like they are all the right length. The building of pieces, the tension held throughout, and the disintegration make for intriguing listening. As OSS have reunited after a long hiatus, I hope to see what, if any, new works are coming down the pipeline." --- musicyouneedtohear.com